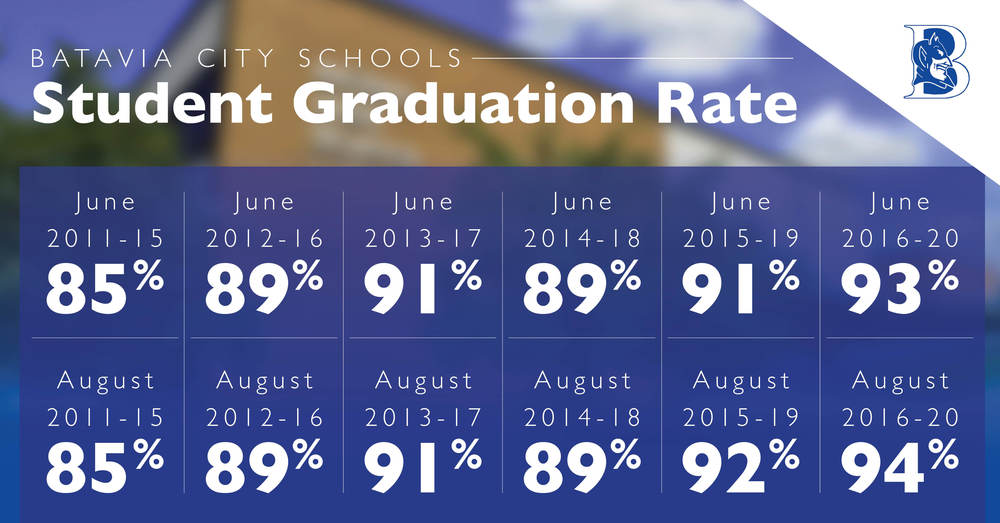 Batavia High School’s graduation rate, for students who graduate within four years, increased from 85% in the 2011-2015 cohort to 93% (for June graduates) and 94% (for those who graduated by August of their senior year) in the 2016-2020 cohort. The number is even higher – 97% for the 2016-2020 cohort - when only those students who attend school in BHS are counted (as opposed to those who, for various reasons, had been completing their studies at alternate locations.)

Superintendent Soler, in presenting the data to the Board of Education, congratulated the staff on their role in student success. He also noted that BHS principal, Mr. Kesler, and his staff will continue to work on raising the overall graduation rate and will dig deeper into the subgroups of the student population to look for patterns and to identify better ways to serve the full student population.