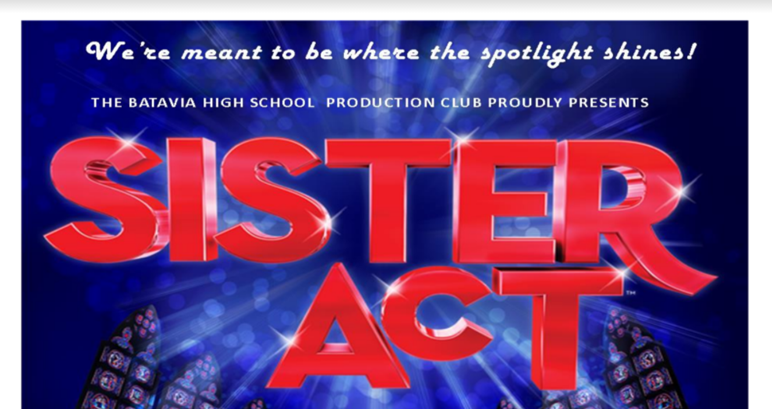 The BHS Production Club is hard at work on Sister Act. "Sister Act is the feel-good musical comedy smash based on the hit 1992 film that has audiences jumping to their feet! Featuring original music by Tony- and eight-time Oscar winner, Alan Menken (Newsies, Beauty and the Beast, Little Shop of Horrors), this uplifting musical was nominated for five Tony Awards, including Best Musical." (MTI) Sister Act is presented by BHS Production Club through special arrangement with MTI.

And, as you might expect in this unique school year, Sister Act will be presented entirely through an On Demand video through https://www.showtix4u.com/event-details/48288. Tickets are available beginning April 1st, but the video won’t be available until April 24th. Individual tickets are- $16.96; a Group/Family (2-9 people)- $22.95; and a Watch Party (10+)- $40.95. You will have 48 hours to watch one you have “rented” the video; the video is streamed directly from Show Tix 4U. Once you have rented the video, you will be emailed an access code for the show.