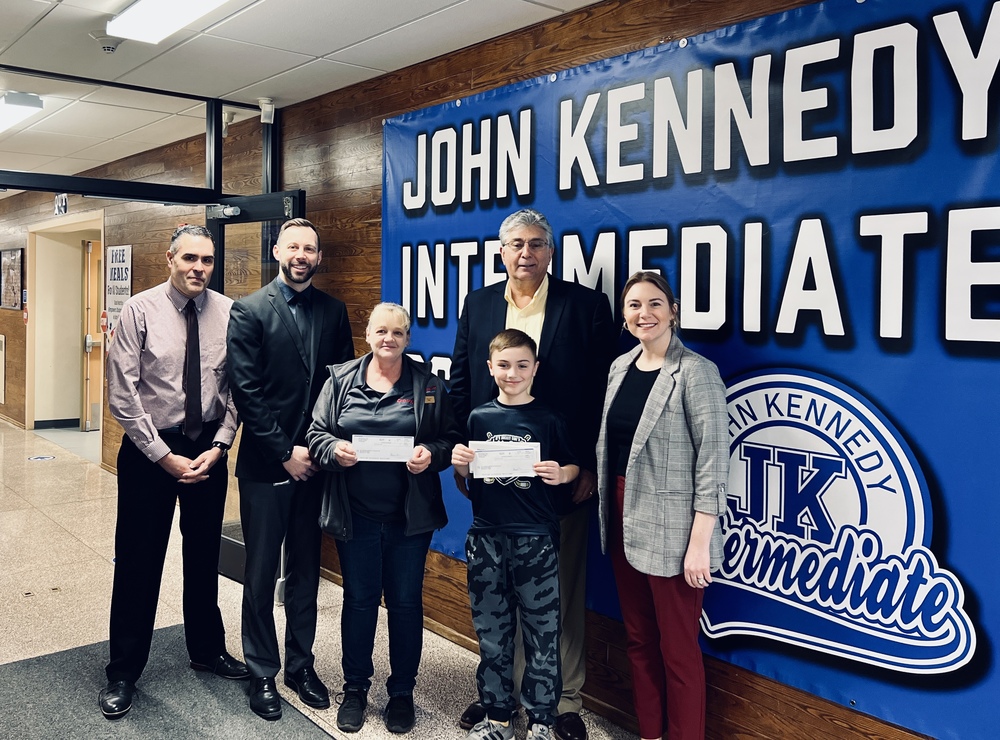 Each year, ExxonMobil offers more than $2M of grant funding to its distributors to support local schools in their marketing area.

Reid Petroleum, a local distributor for ExxonMobil, has also matched the $500 donation, bringing the total grant amount to $1K.

The grant is authorized for use in a number of ways, including films, speakers, or field trips to science centers; Student volunteer programs; Scholarships or awards to encourage academic or leadership excellence in math or science; Science fairs, parent/student events; Educational tools, such as computers, math or science books, calculators, software geared toward math or science.

Since 2000, ExxonMobil has donated close to $1.25B in grants for the Educational Alliance program.

CEO of Reid Petroleum, Paul Reid, shares a vision of education and community involvement and has been involved with the program for close to 15 years, expanding it to include more schools in the past few years under the leadership of Meredith Reid Harris.

This is the second year John Kennedy Intermediate has received a grant from Reid Petroleum/Crosby's.

Thank you to ExxonMobil and Reid Petroleum for this generous donation!