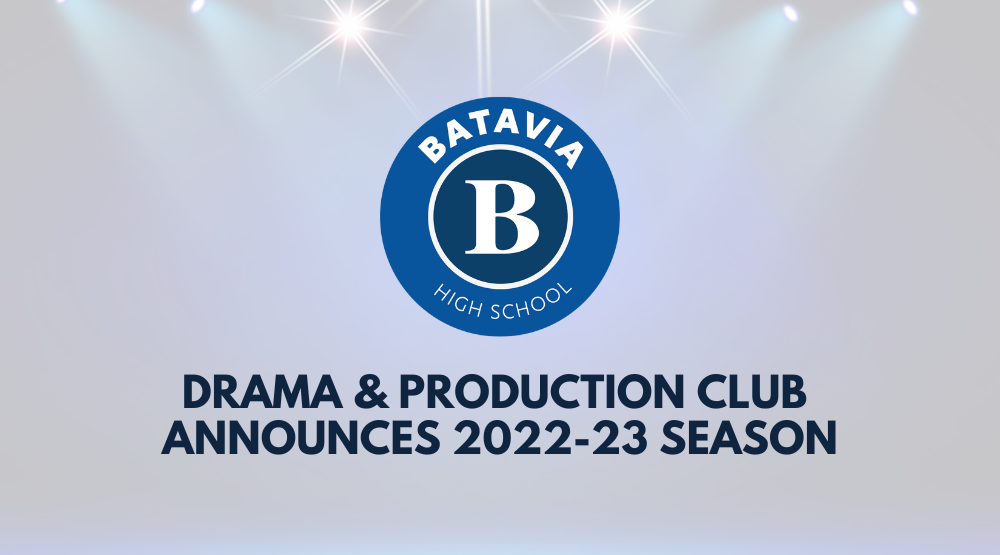 The Batavia High School Drama & Production Club is proud to announce its two productions for the 2022-23 season:

The Trials of Robin Hood
December 2-4, 2022
A comedy Written By Will Averill

Synopsis: “Robin Hood: merry hero, hopeless lover, or evil criminal? Upon his return from the Crusades, King Richard is forced to try and figure out what happened in his kingdom during his absence. Is the outlaw Robin Hood a hero, a lovelorn sap, or just plain mean? Told from the perspectives of Robin himself, Maid Marian, and Prince John, this hilarious tale combines three different stories into one -- and with three different endings, leaves it up to the audience to decide which one is true." (www.playscripts.com)

The Trials of Robin Hood is produced through special arrangement with Playscripts, Inc.

Synopsis: "In nineteenth century France, Jean Valjean is released from years of unjust imprisonment, but finds nothing in store for him but mistrust and mistreatment. He breaks his parole in hopes of starting a new life, initiating a lifelong struggle for redemption as he is relentlessly pursued by police inspector Javert, who refuses to believe Valjean can change his ways. Finally, during the Paris student uprising of 1832, Javert must confront his ideals after Valjean spares his life and saves that of the student revolutionary who has captured the heart of Valjean's adopted daughter." (www.MTIShows.com)

The Batavia High School Drama & Production Club is participating in the Rochester Broadway Theater League’s “Stars of Tomorrow” program. A program that “celebrates the high school musical and highlights the importance of the arts in education.”

Tickets for both productions will be available online two weeks prior to each event at www.showtixfu.com (search BHS) or in person at the door.