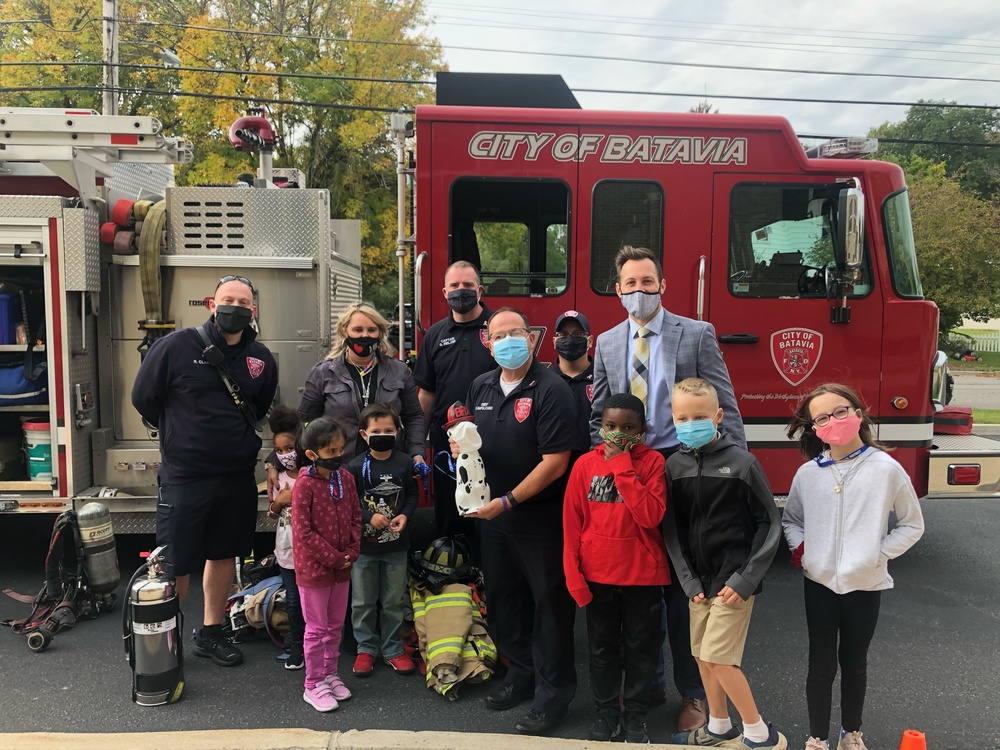 In October, Jackson Primary and John Kennedy participated in Fire Prevention Week. Captain Greg Ireland, of the Batavia Fire Department read a book and made informational videos that educated students about fire hazards and why it is important to stay safe in an emergency. Students participated in a coloring contest where the winners received a grab bag and a picture with the BFD. Students also learned why fire prevention is so important. Jackson Primary students had the chance to Google Meet with students from John Kennedy where they shared information they learned about fire safety.  On October 6th and 7th, Jackson Primary and John Kennedy students had the opportunity to see a real fire truck. They watched the firemen explain how the fire truck works and had the opportunity to see their gear and tools. Jackson and John Kennedy students also donated a Dalmatian mascot with the name J.K. Jackson to keep at the firehouse to remember how important our partnership with the Batavia Fire Department is valued.

Please remind your child to practice the following:

Apart from carrying out basic home fireproofing actions, the most important aspect of fire prevention lies in awareness. People - especially kids - should be educated in smoke and fire safety because when it comes to fire, a few seconds can mean the difference between safety and a tragedy. In addition to this, many experts have attested that unless classroom lessons about fire are reinforced by parents, they tend to lose much of their effectiveness. Fire Prevention Week aims to incorporate parents as well as teachers in spreading this message.